The last four weeks have been really good apart from a little bit of illness for Oliver. We sailed through half-term and back to school and now time is racing towards Spring and the Easter holidays. This month’s photos were taken on the first of March when we had our first ever snow days and school was shut for two days running. We tried to make a snowman but the snow wouldn’t stick as it was too cold (-5), it was so powdery and just wasn’t wet enough to stick together. 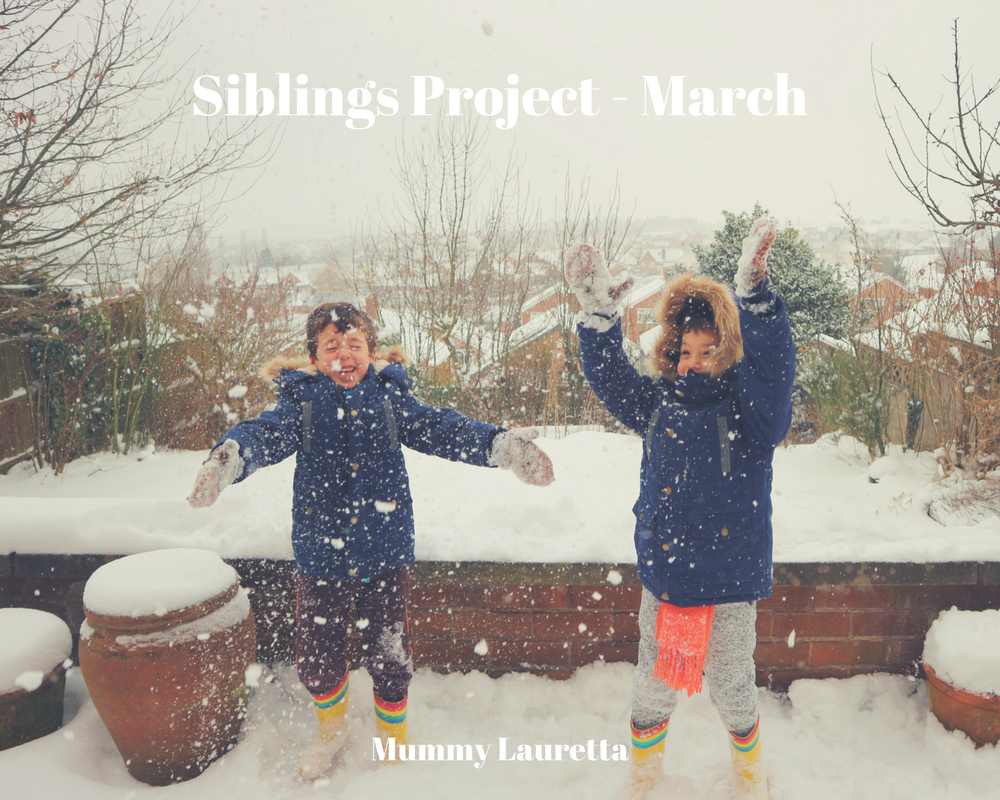 I had this ideal vision of how a snow day would be, snuggling on the sofa, keeping warm, watching films and then a little bit of play outside. We did do all those things it’s just that Oliver decided to have two major breakdowns/tantrums. One as we were getting ready to go outside because he couldn’t manage to layer up his joggers and the trousers he wanted to wear.  I really lost my patience as he was being so stubborn (just like me!) and wanted to just leave him inside but had to keep an eye on him as he was in such a state I was scared he was going to hurt himself. 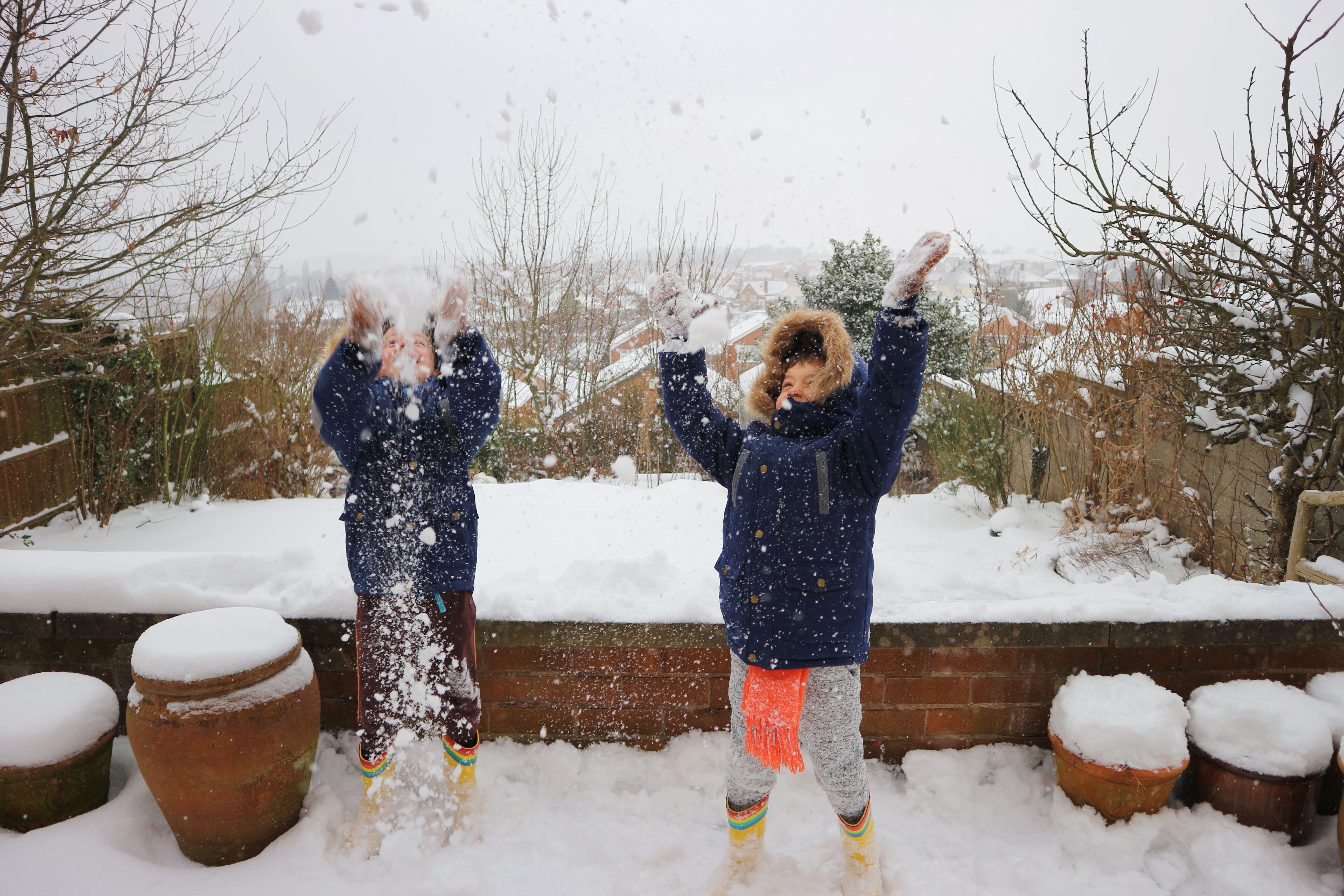 Thankfully he eventually calmed down and we had a good forty minutes or so outside before we got too cold and Ethan wanted to go back in. We then had some lunch and Oliver had another tantrum about his sandwiches. I called Matteo to get him to try to talk to him and the rest of the afternoon was quite nice. 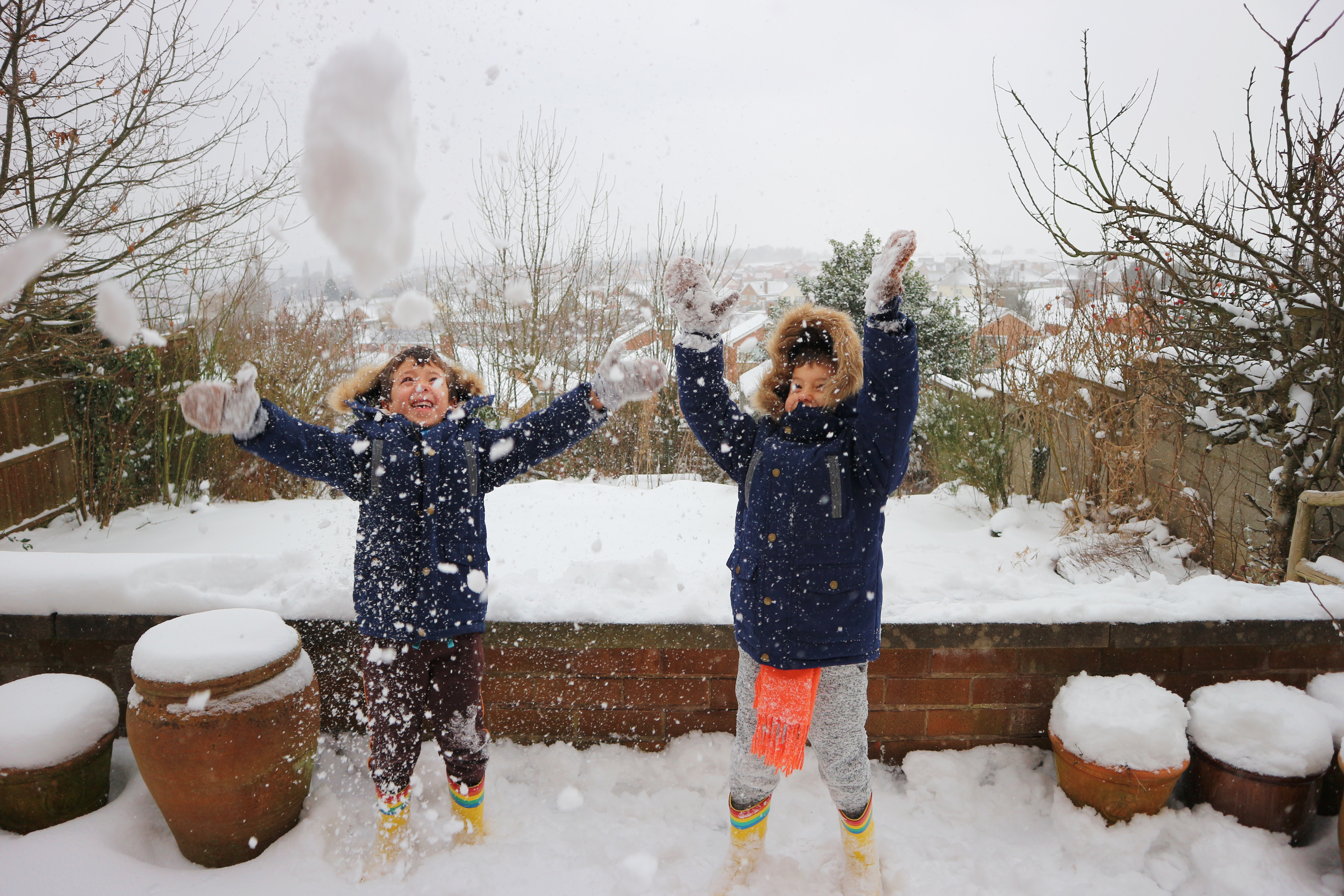 Half-term was just a week before this.  You can read all about our trip to Hodsock to see the Snowdrops and watch our video here.  We also had fun going for a pancake breakfast with a friend from school. Just before half-term the boys had Premier assembly where they celebrate their achievements for the last six weeks. I was really proud as the boys both got a certificate from their PE teacher for working hard in their PE lessons. 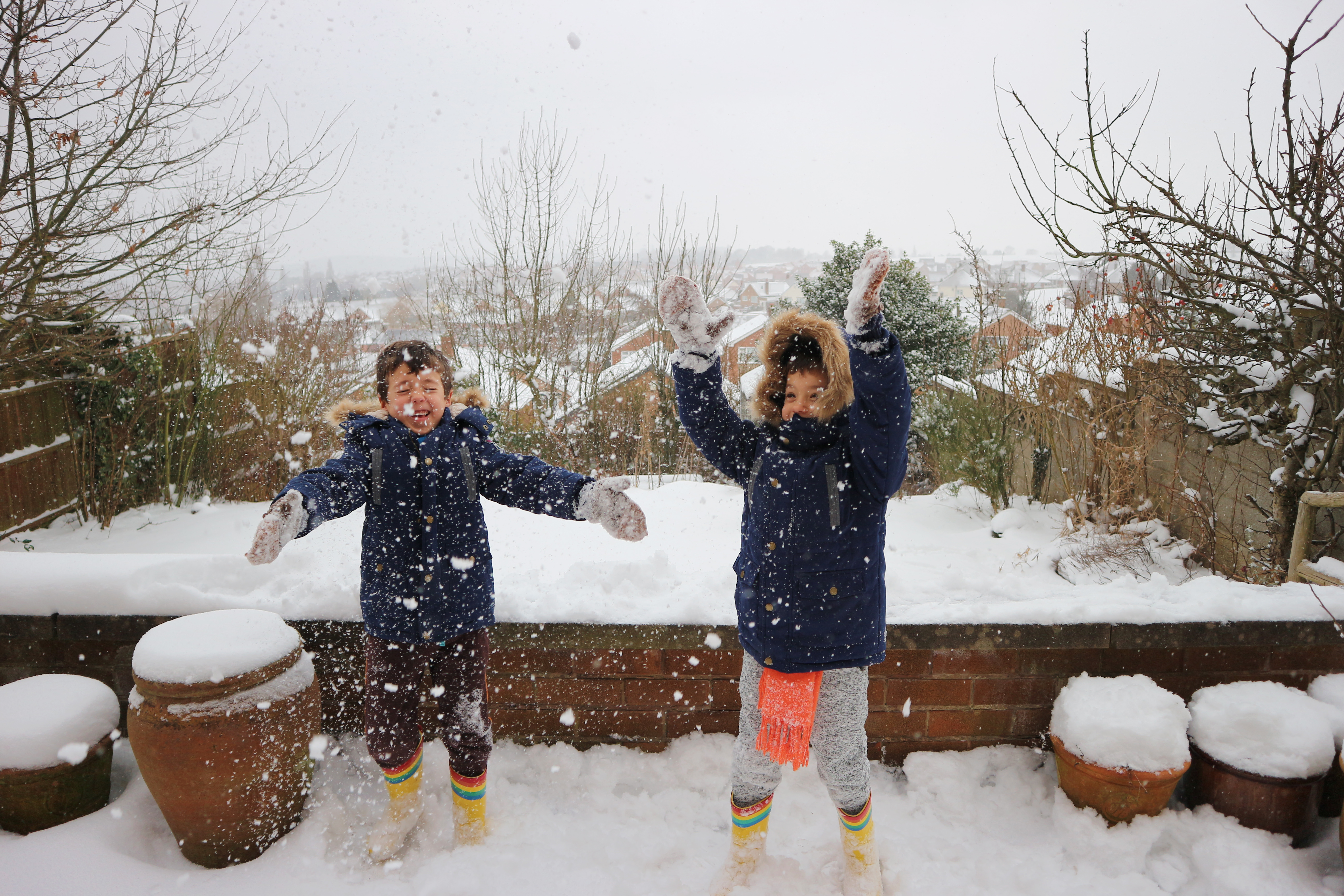 Right at the end of half-term Oliver wasn’t well again. He just had a high temperature and was really tired and not himself for about three days. It now seems that he has had slapped cheek as he came out in a rash just as we were coming back from Bridlington on the 11th. I didn’t know but a few of his classmates have had it but the school hadn’t notified us and once the rash comes out it’s not contagious anymore. 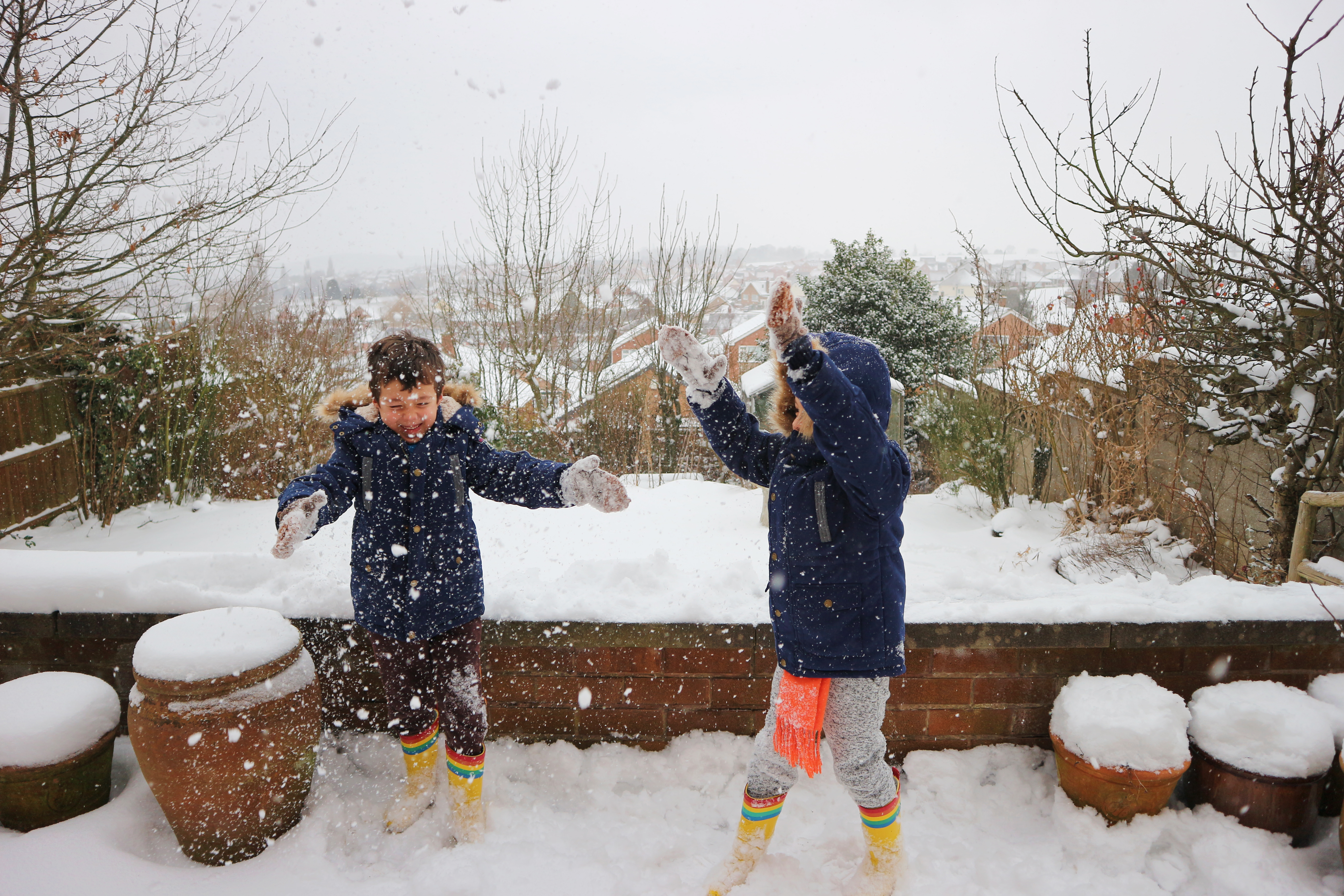 After the snow went away and the temperatures increased a little bit some of the water pipes burst in our area and we were without water for about 30 hours. We’d all had a bath or shower just before it went off thankfully and as the boys only have a bath every other day they were fine. They did find it hilarious that we couldn’t use the toilet properly as I didn’t want to throw buckets of mineral water down it and we don’t have a water butt in the garden. I had to line the potty with plastic bags so they could do a poo and I could put it in the bin. They did it one straight after the other like they do most of the time! Needless to say, I didn’t find it very funny!

I’ve added in these last two photos from our trip to Bridlington last weekend.  We had a wonderful time and the boys absolutely loved sleeping in a bunk bed, playing on the beach and in the arcade. Look out for a new blog post with more photos and video coming soon. 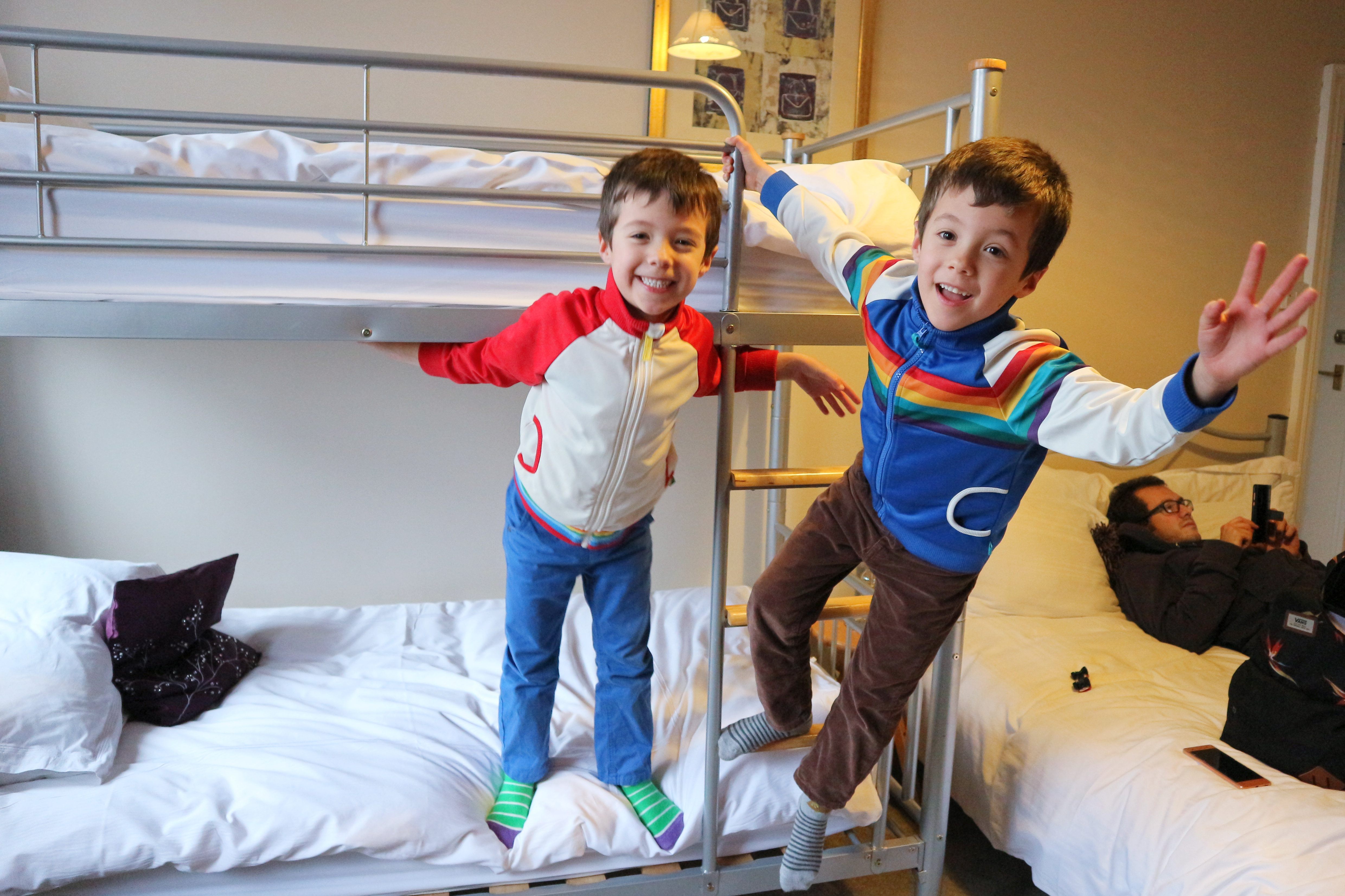 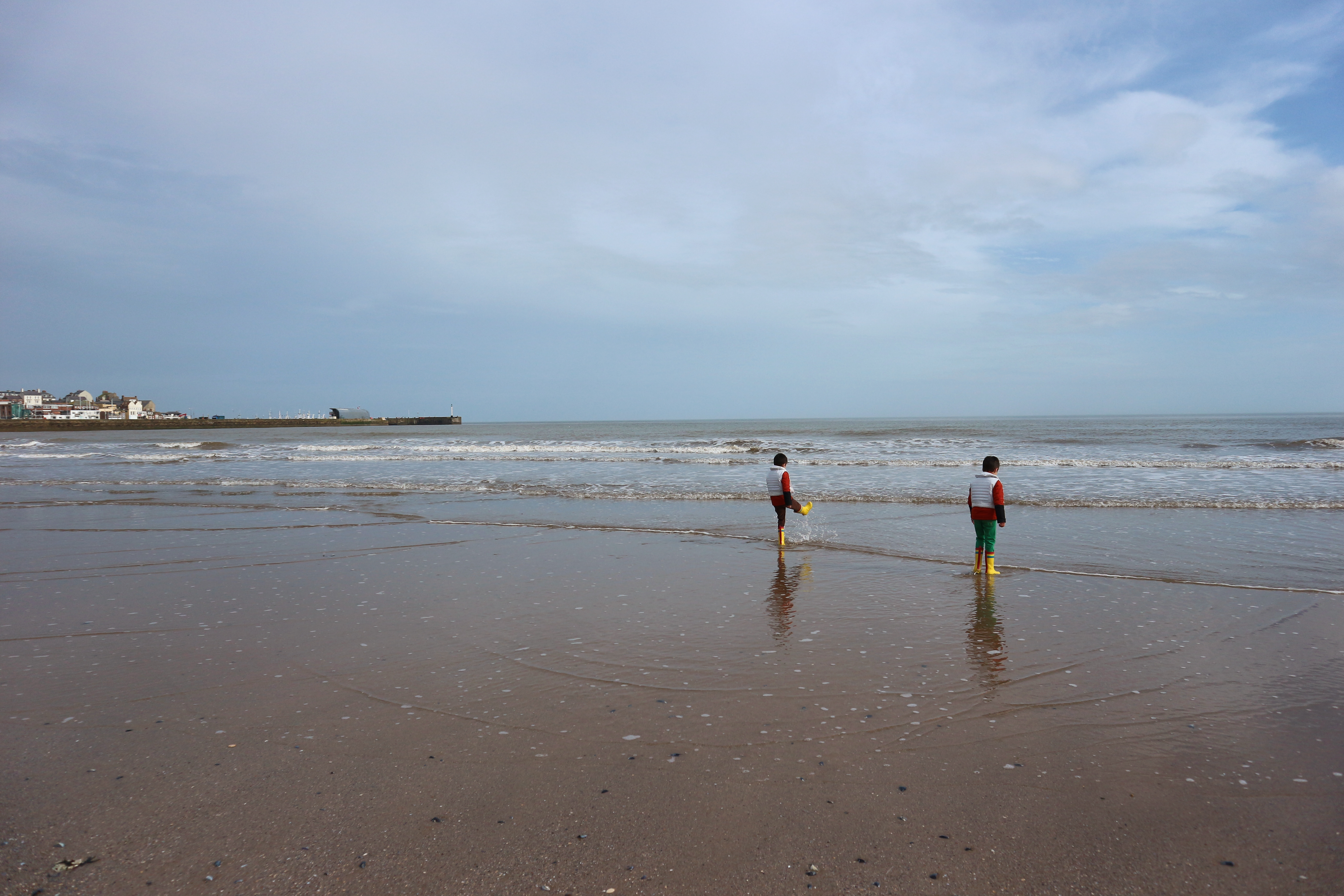 You can look back on what the boys got up to in February here.
Thank you for reading x 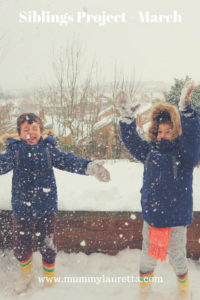 Me & Mine Project {January 18}
Make a Mug, Make a Difference
The Little Prince at Lakeside Arts Nottingham