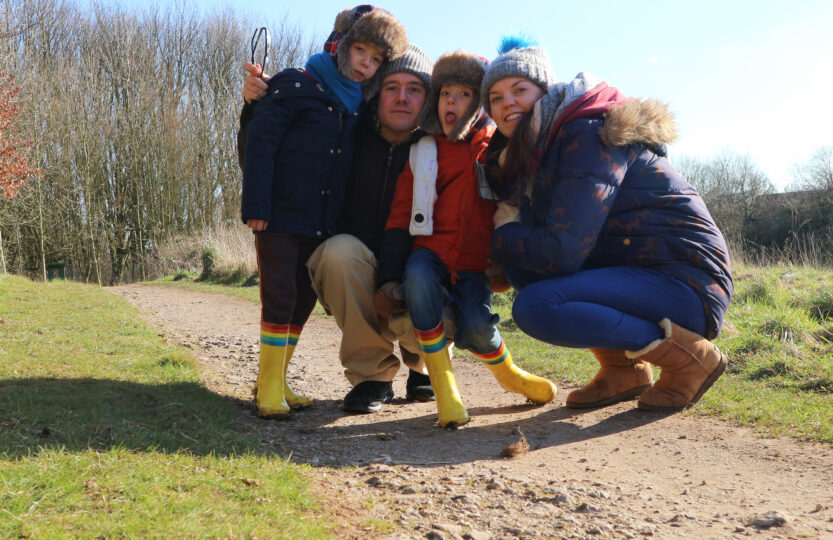 February has finished. I normally feel relief at knowing that Spring is just around the corner but what with the freezing temperatures and snow of this week I’m wishing the time away a bit.  Tonight the temperature is -6! February has gone quickly, half-term flew by. I’ve worked two weekend days and been to a conference on one of the other weekends. 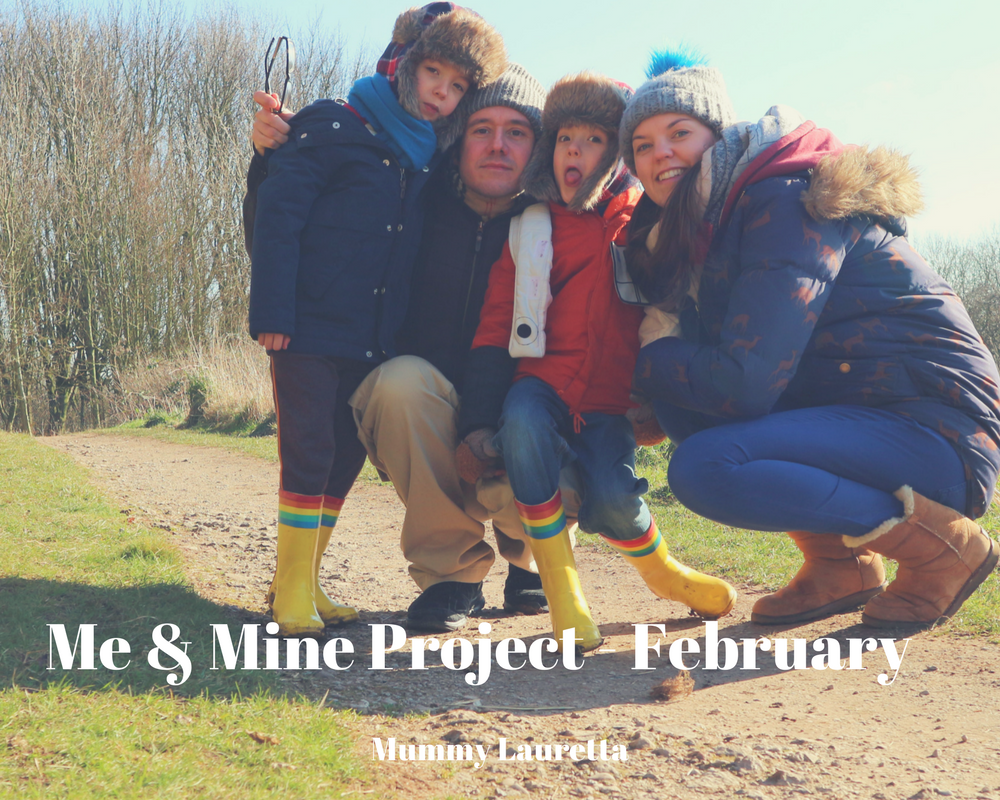 Thankfully Matteo is fully recovered from his operation but we have had Oliver with two bouts of illness. Just a high temperature and generally not feeling himself but he was poorly and then fine and then again exactly two weeks later poorly again. Matteo had to miss football training because I was working this Saturday. 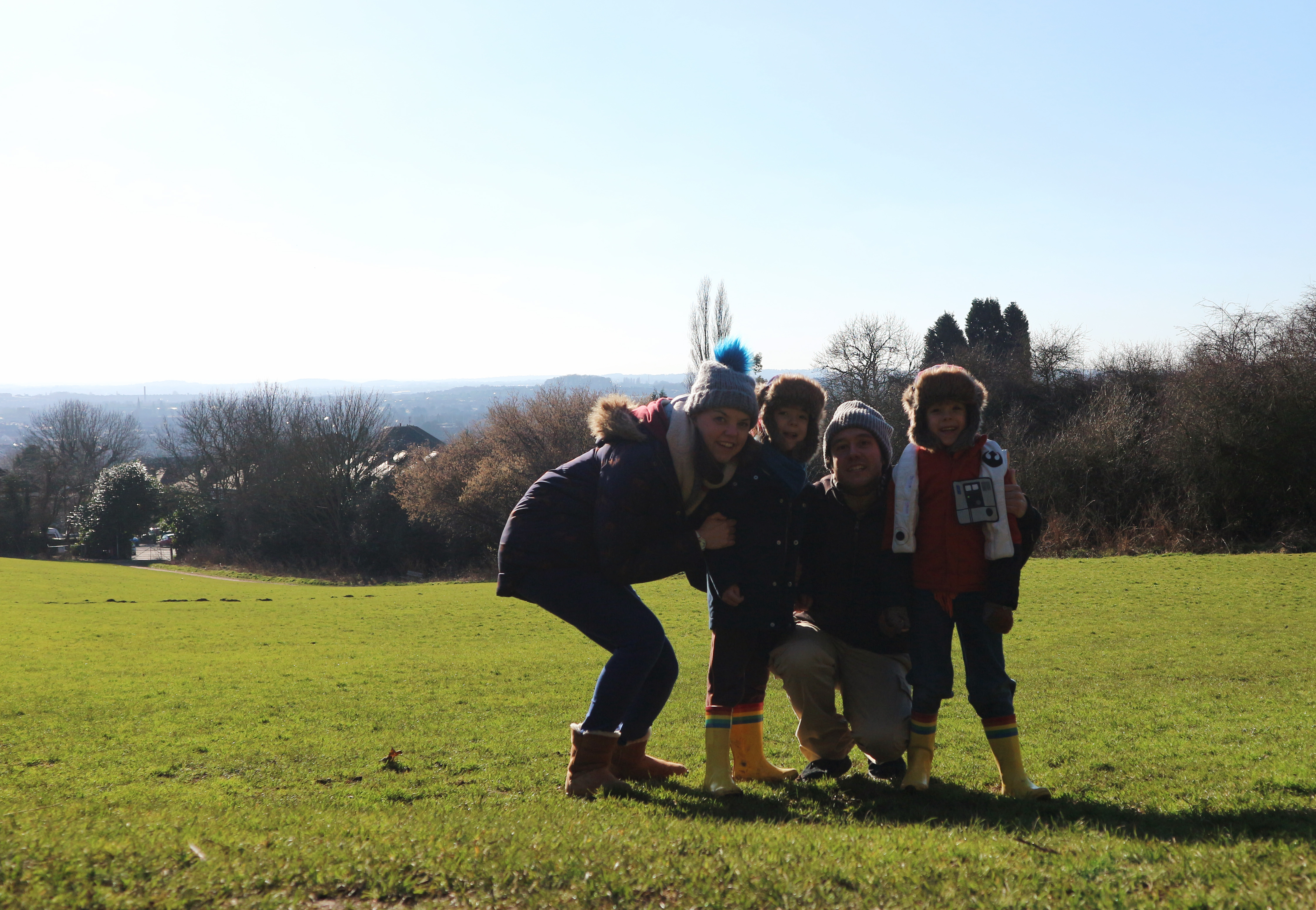 This Sunday just gone we went for a quick walk in the wood close to our house and took these photos.  It was beautiful and sunny but it was so cold and so we didn’t stay out long at all. 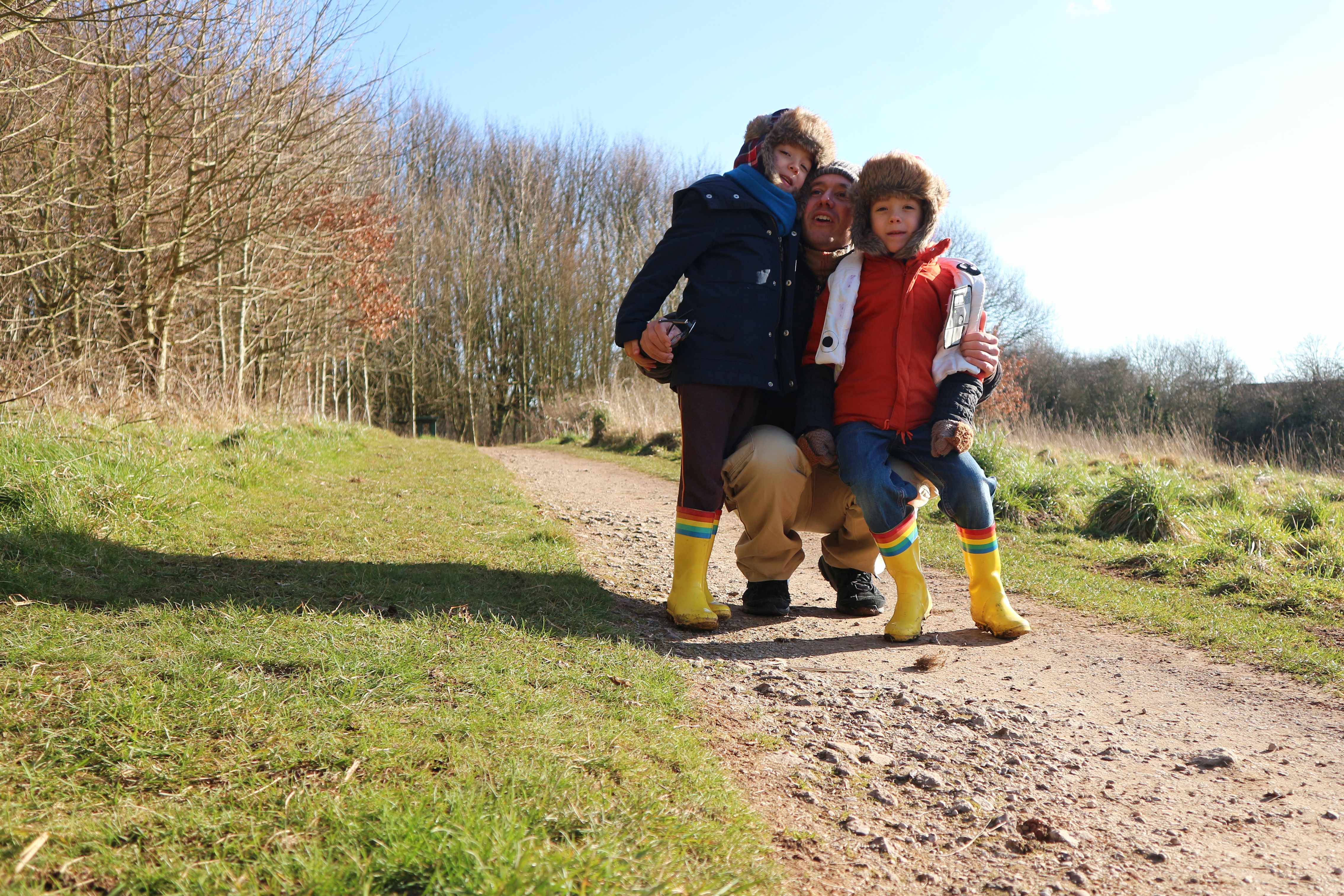 This month Matteo has been loving eating pizza and other hot food again, going back to karate and going to the cinema with the boys and their friend and his Dad.

I have been loving making soup, salted maca fudge and sweet potato brownies and spending some quality time with the boys at half-term including our lovely day out to Hodsock Priory.  Also not having to do the school run for a whole week!

Ethan & Oliver have been loving non-uniform day, half-term, especially pancakes for breakfast with their friend, a cinema trip and their new Heelys. 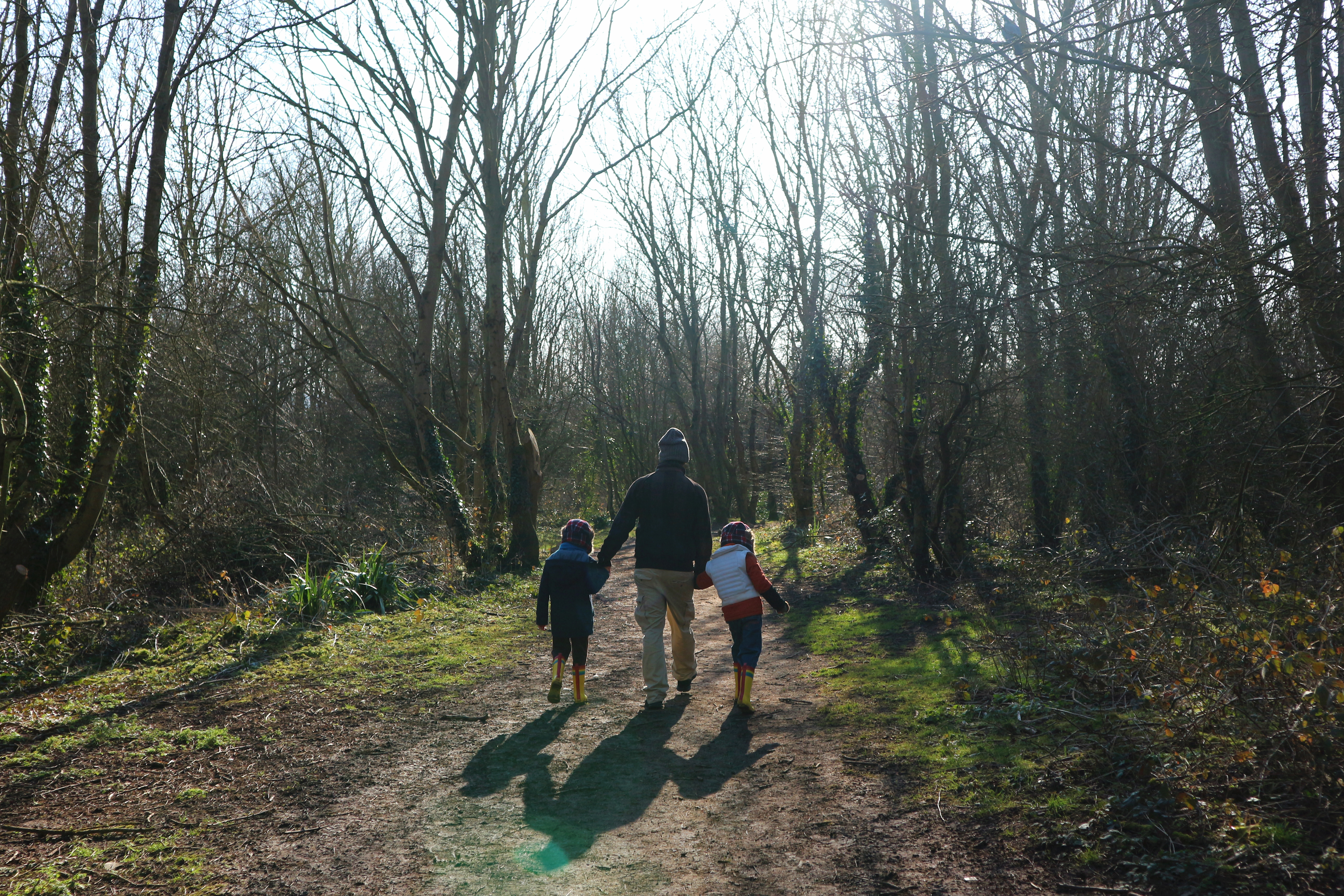 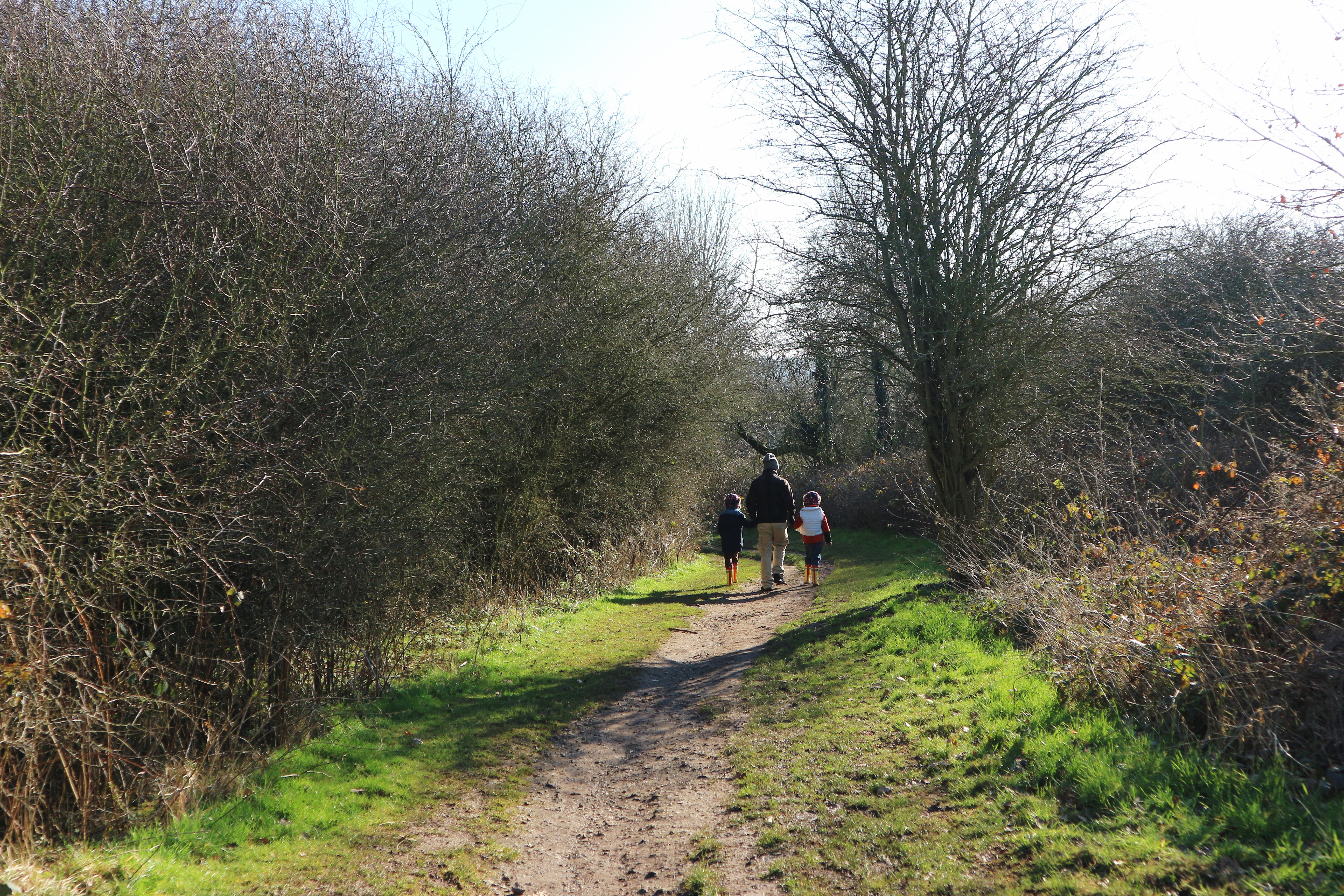 Have a look at what we did in January here.

And lastly here’s January 2017’s photo which we took in almost the same spot:

Thank you for reading x 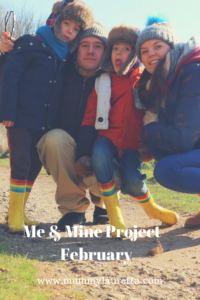