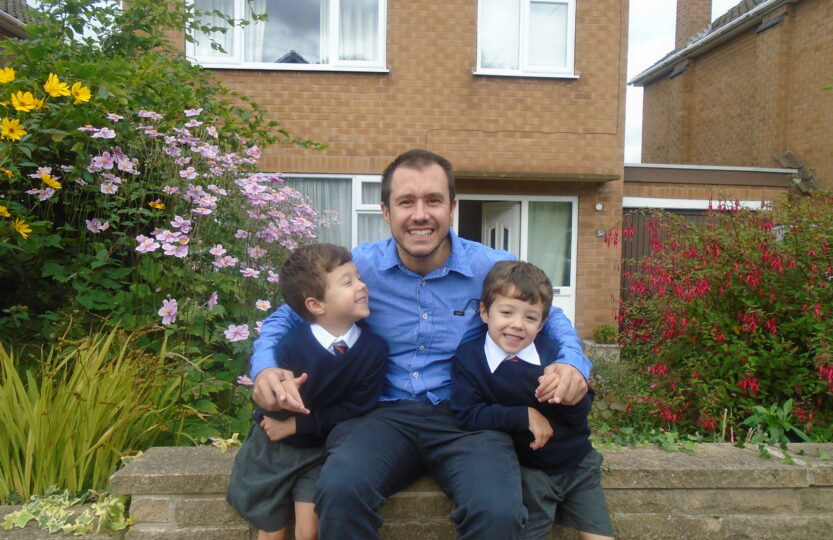 When I posted the boys first day of school photo on Instagram/Facebook I said it was the day that I had been avoiding thinking about, in fact I was quite in denial about the whole thing.  Well not totally because I had bought their uniform and I knew it was going to come around.  I just really wasn’t ready, even if the boys had been ready for quite a while.  Actually they had been asking me for a whole year if they had finished nursery yet since some of their friends went to school in September 2015. 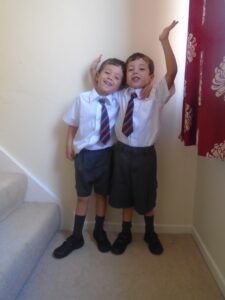 In those last 24 hours before we left them at school for their first “half” day I realised that the biggest thing for me was that although it is still tough sometimes, I felt like I had only just begun to enjoy being a mum, to enjoy them, and that it seemed as if the time had just slipped away.  I wanted to be a mum so badly before I got pregnant but I never expected it to be so tough at the beginning.  I was in shock, overwhelmed and quite low for the first three months, I really didn’t cherish the newborn stage at all and don’t remember much about it.  The first year of the boy’s life is such a blur of nappy changes, feeding, no sleep and a few baby groups and then after that, the routine of work, nursery, toddler groups, soft play, afternoons at the farm etc.  Matteo was studying the first two years, he helped a lot but I spent a lot of time taking the boys out by myself.  We then swapped roles when I started studying, taking them out at the weekend but during the week I was then juggling uni with part-time work and looking after the boys.  It’s never been the easiest ride but I think we’ve done a pretty good job at giving them a great start to life.  Everyone always comments on how happy and content they are. They save the grumpiness and tantrums for home of course! 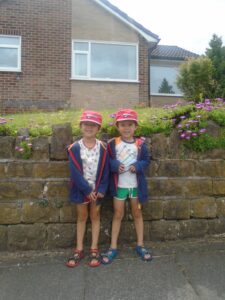 The boys had two afternoon settling in sessions at school in July which they were so excited to go to.  We had been on holiday the last week of June so unfortunately they didn’t get to go for a morning session including lunch but I don’t think it mattered too much. They were not phased as all and went in together so well, I don’t think they even looked back!  I had a tear in my eye but thankfully just pulled my sunglasses down and walked out quickly to the car! They didn’t tell us much afterwards, just that they’d played with a blue scooter and kept asking when they were going back. 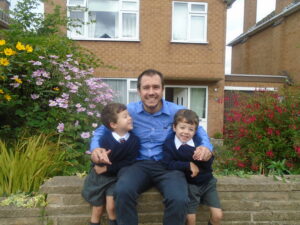 Matteo took the day of their first day at school off from work so we could both take them and pick them up.  We didn’t have to take them until 10:30 so we had plenty of time to get ready and take photos.  In the lead up to that day I had been feeling so emotional, welling up when they tried their uniform on and just thinking about it so I knew I was going to cry that day.  I felt the tears coming when we had to say bye to them and watch them go to their classroom but I kept them back until we got to the car.  I know they are going to learn so much and grow up I just wish that I had cherished those moments when they were smaller that bit more.  I’m also so happy that they were happy to go and weren’t clinging to us crying and upset, as I think that would have made me worse as I would then have been worrying even more about them. 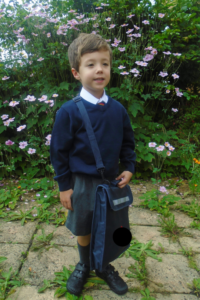 We decided to put the boys in separate classes, for a few reasons but mainly for Oliver’s independence as he is the follower and the one who is more clingy.  It was good that we had the choice, school were happy to go with what we wanted and I was glad of this as I had visited another school where the policy is that twins must be separated and another where there was only one class so they would have had to be together. I wanted it to be our decision.  A while ago I didn’t want to separate them, but after much discussion with Matteo and once I had visited the school and saw that the classrooms are next to each other and connected by a door which is open most of the time and where the children can move freely between them, plus they had been separated for “group time” at pre-school for the last 18 months, I felt it was the right choice for them.  For more information on this check out this post on the Twins Trust website. 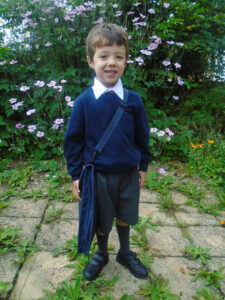 And so now I’m a school mum and life is a blur of drop offs and pick ups.  The boys are happy to go, we’ve had no tears at drop off at all.  I feel so proud that they’re growing up into such beautiful, happy boys and so proud to say their my babies. 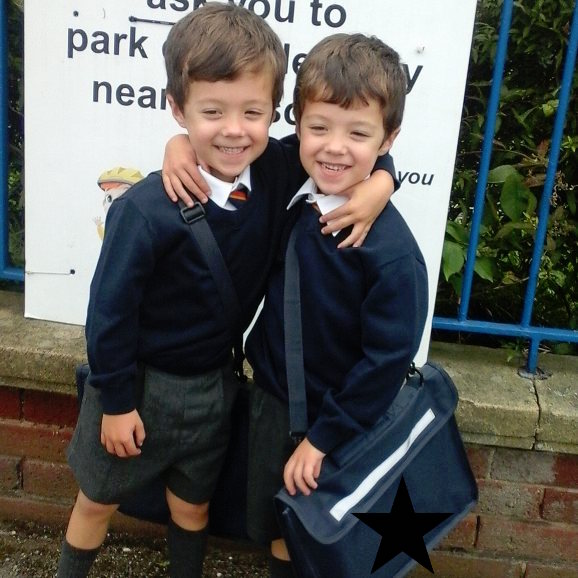 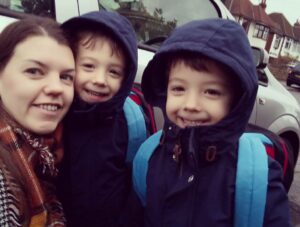 Thanks for reading. Have your children just started school? How was it for you and them?

Coping Out and About with Twins in the Early Years