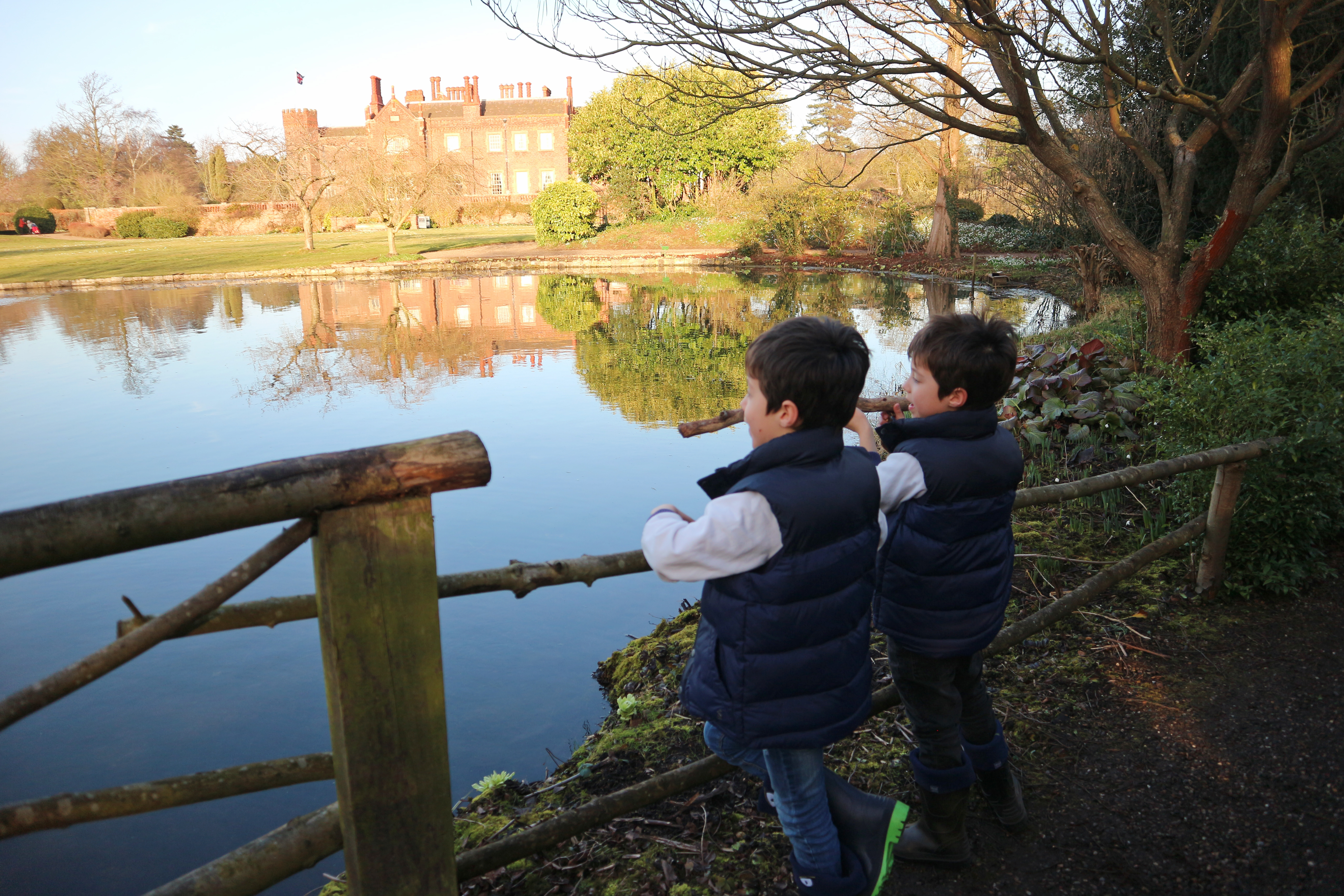 I don’t know if everyone says this about their children but I feel like mine have grown so fast all of a sudden. Whether it’s just their age, stage that they’re at or if it’s to do with coming to the end of being infants but it just seems like they have come on so much.  Their reading has improved so much, they have moved on so much quicker in swimming, their appetite is even bigger than before and they seem to need even less sleep!

Being seven years old is such a great age, they are so innocent and inquisitive and also so full of personality. Playing with their friends is the best thing ever, especially when it involves going to their house or to a birthday party.  They have a brilliant social life! They have started to get jokes now and love telling them and we can now enjoy watching things together like Doctor Who. The best thing though is that they are so cuddly and will happily come and snuggle in bed with me in a morning.  I keep telling them that they are not allowed to turn into grumpy teenagers who won’t cuddle and kiss their mum!

I haven’t been very good at doing these monthly posts this year so I thought I’d try and do two big round up posts showing our siblings highlights for each month. I hope you enjoy looking at the photos. 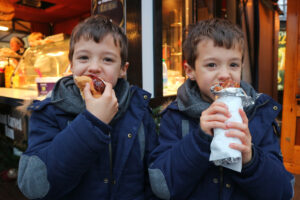 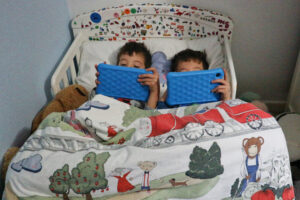 The boys had a lovely Christmas holiday. Here they are stuffing their faces with a Yorkshire Pudding Wrap at the Nottingham Christmas market! Their favourite present was their Amazon tablet. They still love it months later and I have to be really strict with them. They only have it at the weekend in term time because otherwise they would never turn it off.  This month the boys went to a trampoline birthday party. 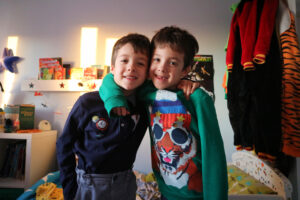 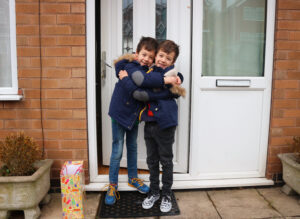 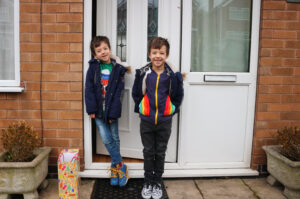 The boys went to two more birthday parties and we had parent’s evening at school.  Both their teachers were very happy with how they were getting on and were confident that they would do fine in their SATs. 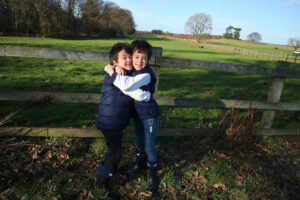 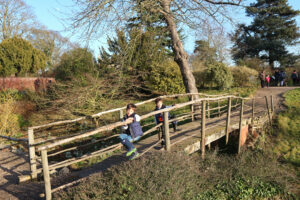 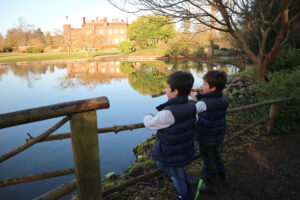 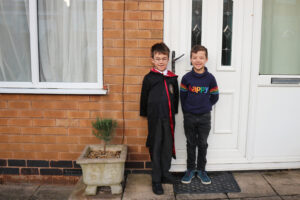 We went on our annual visit to Hodsock Priory to see the Snowdrops. To see our photos from our previous trip click here.  The boys had an inset day, another birthday party and World Book Day where they got to dress up for school.  Ethan was Harry Potter and Oliver was Oliver from one of our favourite bedtime reads “Oliver and the Seawigs“. 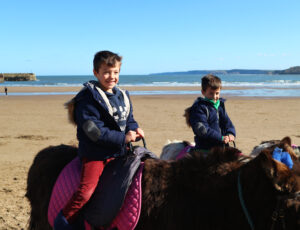 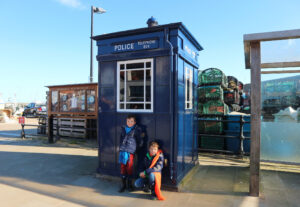 We went to Bridlington for the first three days of the Easter holidays and despite Ethan coming down with a tummy bug, we had a lovely time. The weather was cold but beautiful and sunny. The boys had their first ever ride on a donkey and we played bowling on the arcade as well as spending way too much to win them a new wallet each on the 2p machines. To see more photos from another trip to Bridlington click here.  Before the holidays the boys went to another two parties!  We also enjoyed a family trip to our local trampoline park. You can read our review here. 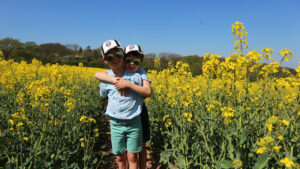 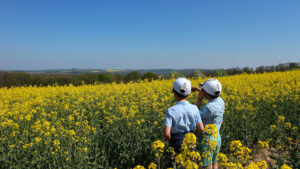 May was a quiet month, busy with school and work. We went to Gedling country park and also had a walk to the yellow fields which were different to the ones we went to last year.  They went to one party this month where they enjoyed riding go karts and wore red at school for a charity day. 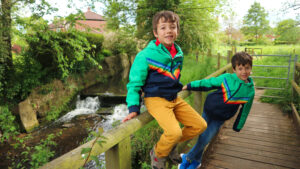 I had three days off in half term with the boys. One day we went for cake  at All Mine Cakes and a walk along the Southwell trail.  It was Daddy’s 40th Birthday that week so we went out for a carvery with Nana & Grandad. This month the boys also went to two parties in one weekend – both in Nottingham city centre and they also had a pyjama day at school.

Taking Simbrix on Holiday
Me & Mine Project {February 18}
How do our eating habits differ by region? - Guest Post by Harvey Jones #ad 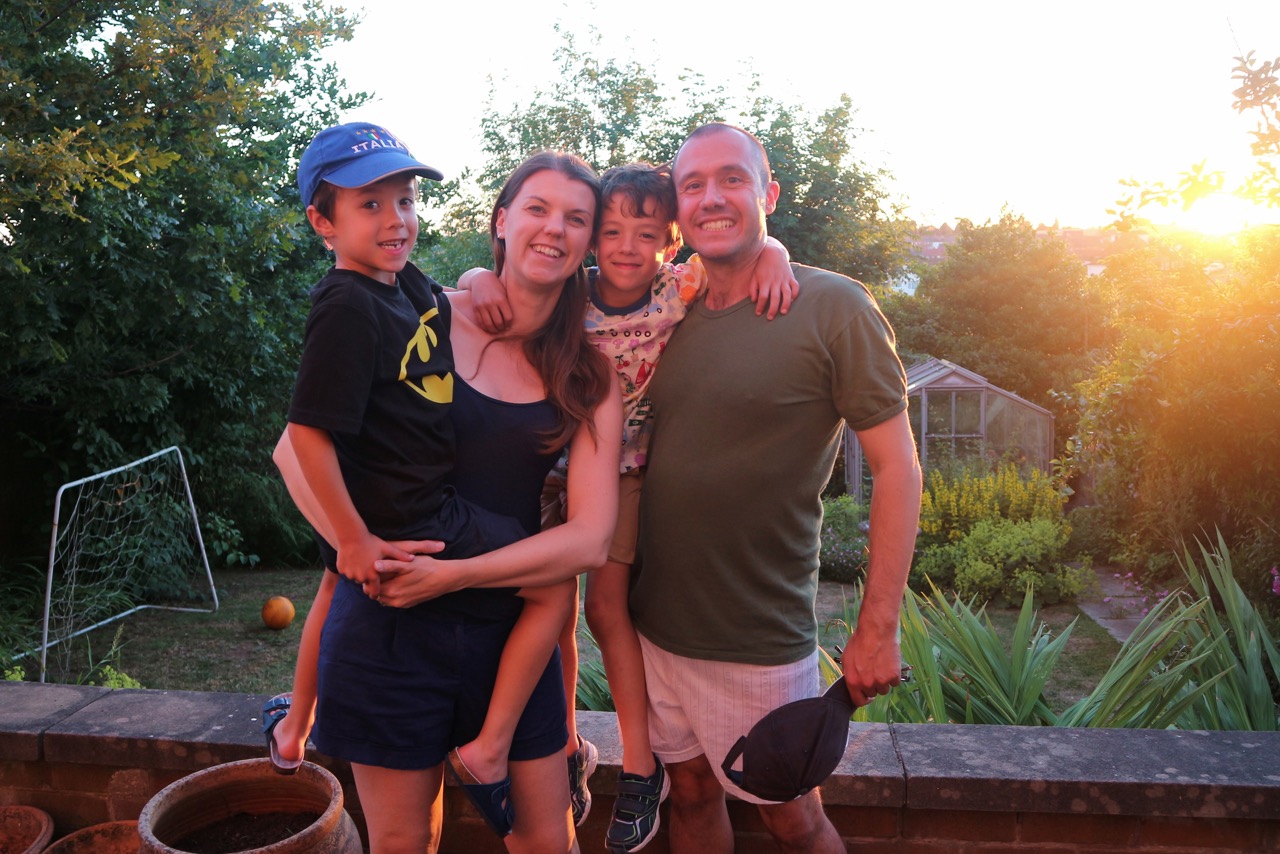 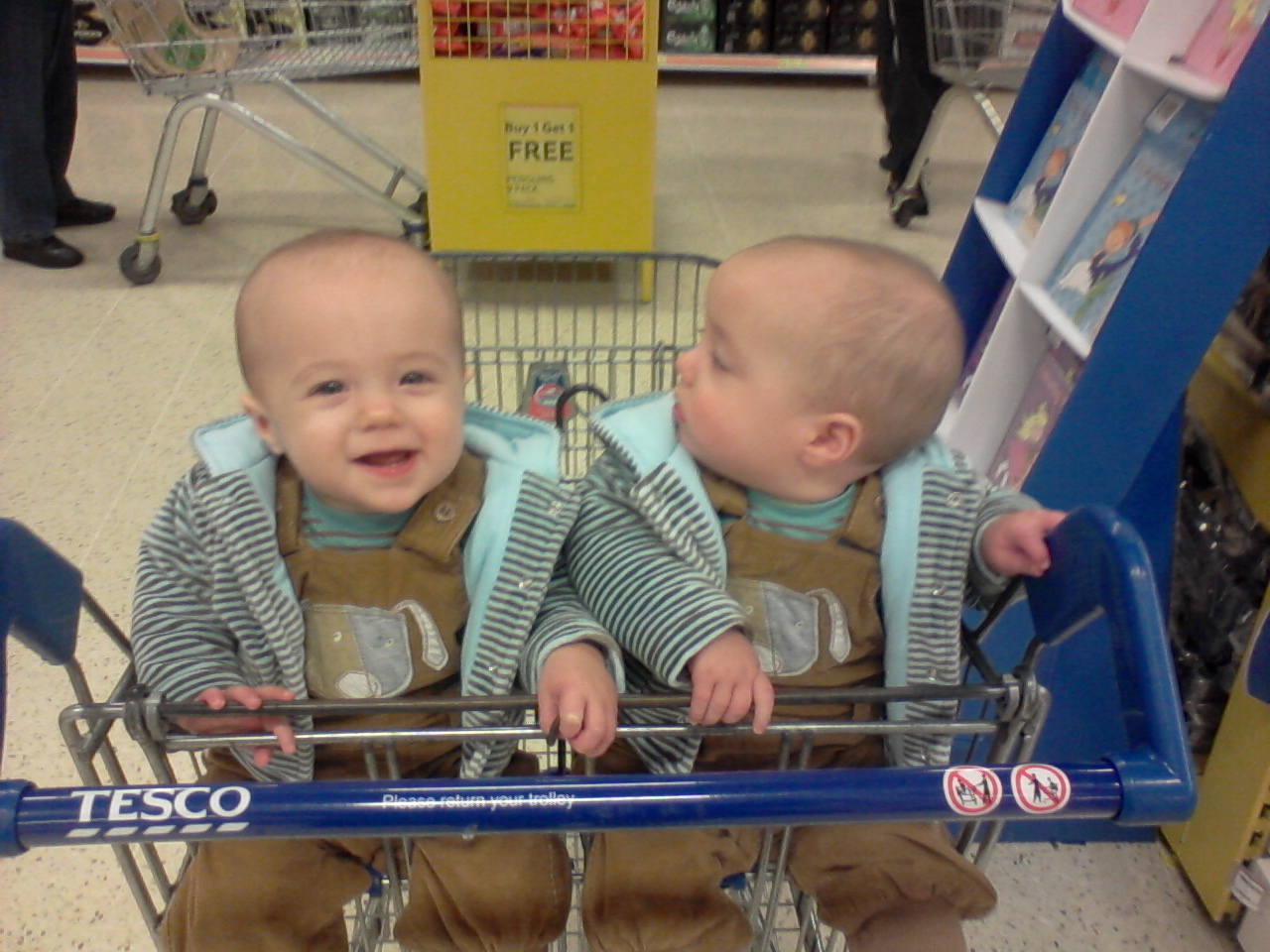 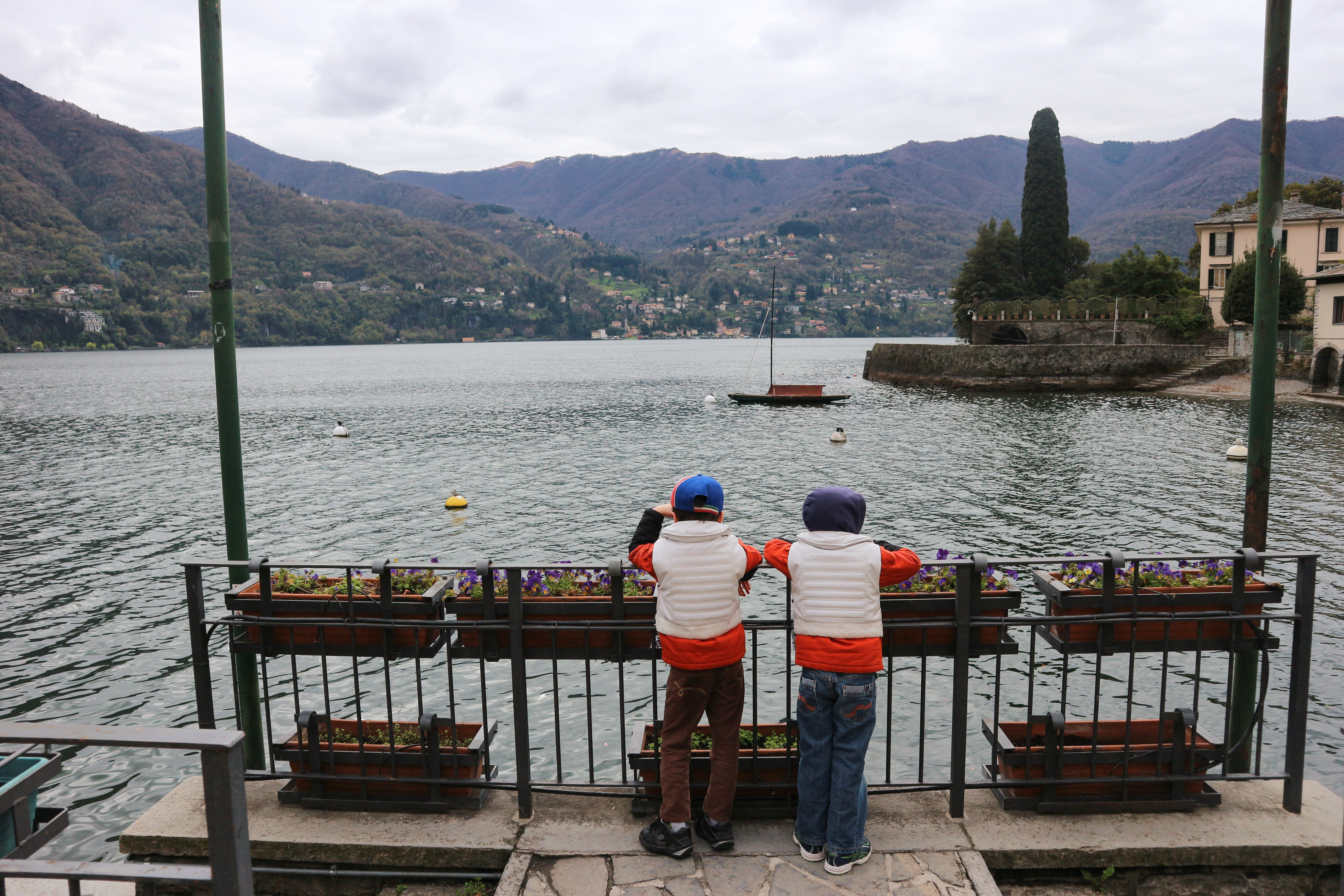