For a long long time I struggled with the fact that I had a caesarean birth, I felt my body had failed, that a woman’s body is made for giving birth naturally and that I couldn’t. I blamed myself for not having enough knowledge around the decisions I made during labour and not knowing how to help myself to progress.  I don’t know exactly when it happened but around the time I got my new job in summer last year I had a revelation of acceptance.

I accepted that Ethan and Oliver were meant to be born on that date at that time even though they were six weeks premature.  Twins born on the 20.11.2011 at 11:20pm & 11:21pm. A date and time of double elevens and twenties.  I know now that even if I’d have given birth naturally they would still have had to go to the neonatal unit and I probably still would have lost a lot of blood.  Maybe I would have just been a little more mobile afterwards rather than wheelchair bound for the first 24 hours or so. 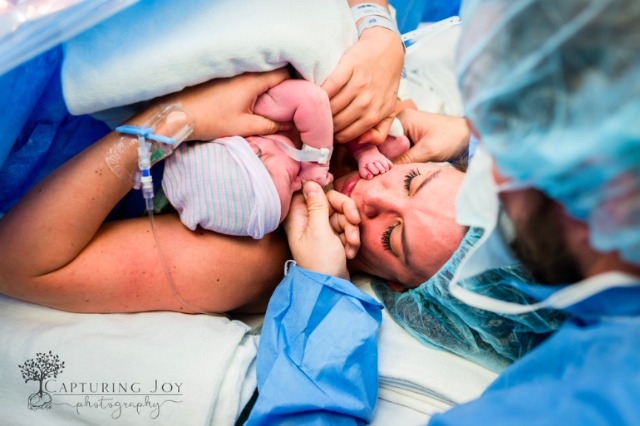 Giving birth by caesarean, although not ‘nature’s way’ being major abdominal surgery and recovery time being much longer than a normal vaginal delivery, is sometimes necessary to guarantee the safety of mother and baby (or babies in my case). By educating parents through antenatal classes or from their midwife in antenatal appointments, we can raise awareness of what happens in a caesarean birth and what options there are to write down on the birth plan.  It’s important for parents to know that it can be a positive experience even if it’s not their first choice but that if does end up being necessary, that they know in advance what to expect, they’re not scared about the procedure and they’re not frightened to ask questions. 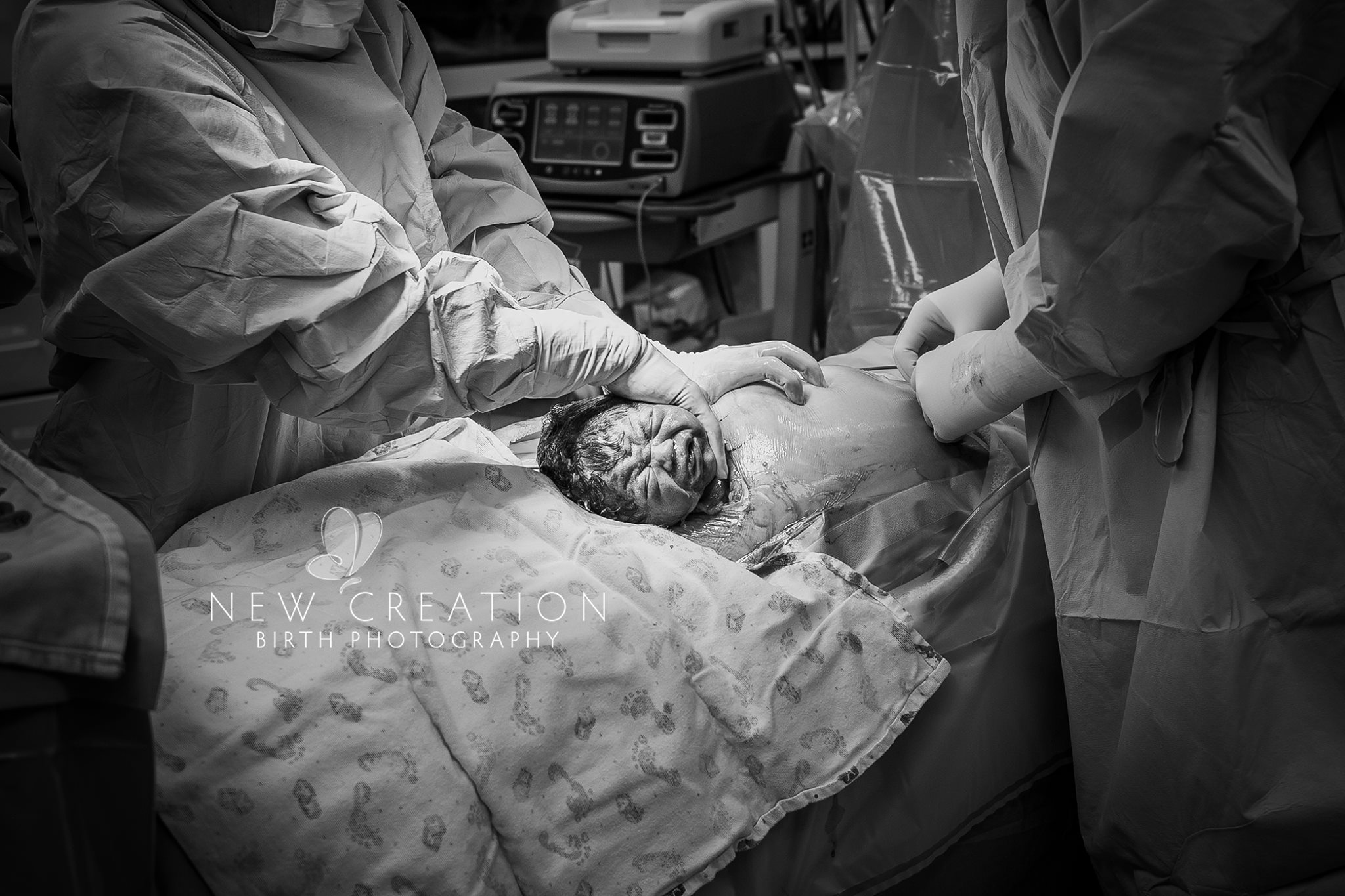 Whilst the World Health Organisation recommends that the ideal C-section rate be between 10-15%, last year in the UK the caesarean rate was 26% which means that one in four women gave birth by caesarean.  This is compared to 32% in the US which is almost one in every three women.  The worst rate in the world is in Brazil at 55% which is just a crazy number and makes it look like we’re not doing too badly in this country! 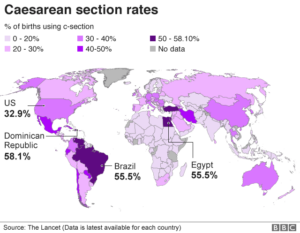 I asked some fellow bloggers about their C-section experience:

Jessica from Beauties and the bibs said: Both of mine were emergency. But I wish I had the opportunity for skin to skin straight away . As they were both taken away from me and then handed to my partner . Which was heart breaking for me.

Katy from Katy Kicker said: I wish I had known that I could have asked for a gentle section or delayed cord clamping to help my low birth weight baby.

Anna from Midwife Mama Bear said: Keep moving and keep taking the regular painkillers. The longer you sit in the same position the more stiff you become, making it hard to move again next time.

Emma from Bubbablue and me said: Be fit and healthy through your pregnancy, it really helps with recovery. And know that not all emergency c sections are panicked and fast paced. Mine was unplanned but was more like a planned one. We discussed it after I’d been on the drip for 13 hours with no progress, we chatted through prep and it was all very relaxed and nothing like I’d expected.  You can read her tips in this post.

Helen from Welsh Mum Writing said: I had a planned section, booked in 2 weeks before my due date as my son was breech. Although a high risk pregnancy I was on track for a midlife delivery as everything had gone so well. This threw me. Accepting that it doesn’t have to be how you envisaged it is a big step. Find out what the rules are at your hospital around gentle sections and what they will/ won’t let you do. In the end it was a very positive experience for me.

Ayse from Arepops said: If you end up having a GA (general anaesthetic) section you can have in your birth plan for pictures to be taken. I didn’t know this with my first and I feel so distant from my birth.  Pictures would have been amazing for me to look back on.

Carol from Virtually All Sorts said: I was due a planned section because of a low-lying placenta. And I was shocked that my antenatal classes only mentioned them in passing. Because of my planned section, I was given a few leaflets on what to expect and how to recover. Most of it was common sense to be fair but when you’re being given (mostly) well-meaning advice from all corners, it’s easy to get swept along by the “oh no, you don’t want a section, you want to give birth naturally” camp. 1. Remember that giving birth is still giving birth. 2. Accept all offers of help. 3. Accept all offers of painkiller before, during and after without hesitation because you’ve just had what amounts to major surgery. 4. Try to go for a number two as soon as you can… 5. Use aloe vera gel on your wound. It’s sticky but helps to heal so much quicker. 6. Remember that you CAN still breastfeed when you’ve had a section.

Helena from The Queen of Collage said: I had two planned c-sections due to my health condition. Don’t be afraid to talk about things with your medical staff. I’m sure they’ve heard it all before. Remember you are in good hands. If you think of something but feel you are going to forget to mention it write it all out and hand it to them. Make yourself a care package with your favourite reads etc for while you are in hospital.

Sally from The Happy Home said: I had an emergency section with my middle son due to a ruptured placenta… however, I have been learning a lot recently concerned “gentle”’or “family centred” Caesarians. 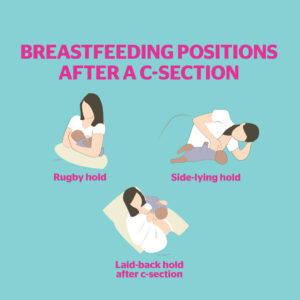 I hope you enjoyed reading this post. Let me know about your experience in the comments below.

How do you feel in your postpartum body?

Linking up with #KCACOLS & #TriumphantTales: 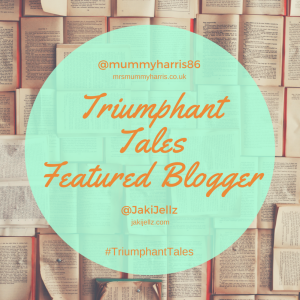