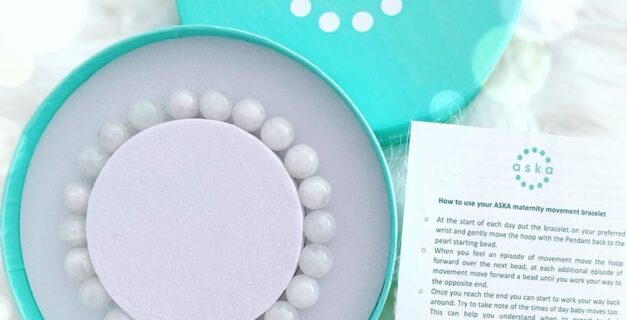 The Aska Maternity Movement Bracelet – An interview with Louise Macleod

Whilst pregnancy is a magical and special time for an expectant Mum, it can often by marred with confusion and anxiety as women try to monitor the movements from their baby. Changes relating to the baby’s movements and patterns can highlight problems that may require urgent medical intervention. When women notice changes to the pattern, they are encouraged to seek advice from their medical team. The long-term aim of the bracelet is for it to help reduce still birth rates by encouraging women to monitor changes and to also seek help sooner.

Ten years ago my first son was born, and immediately I fell in love with wanting to do everything I could to nurture and raise him well. Jul developed normally in so many ways and for the most part he was a happy little guy, but Jul was also suffering. He was unusually and frequently sick, he already had many negative reactions to breast milk and then foods, he was itchy and sensitive, the list goes on. At the time the doctors were stumped as to what was causing Jul to be so poorly and over time it only became worse.